The German artist Rainer Splitt just sent me the catalogue of his exhibition at the Museum gegenstandsfreier Kunst. It was a remarkable exhibition, thoughtful and beautiful and surprising at every turn. 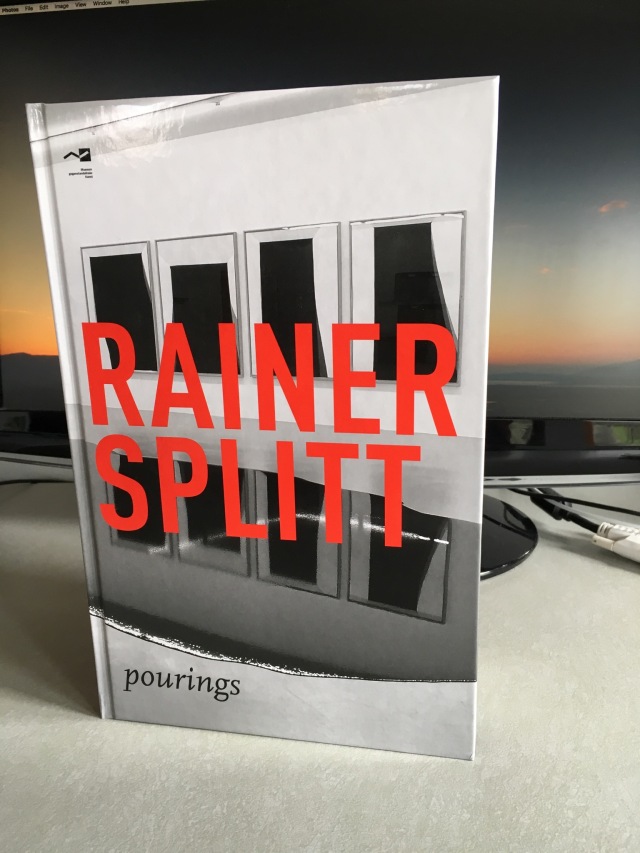 A couple of glances inside the catalogue: 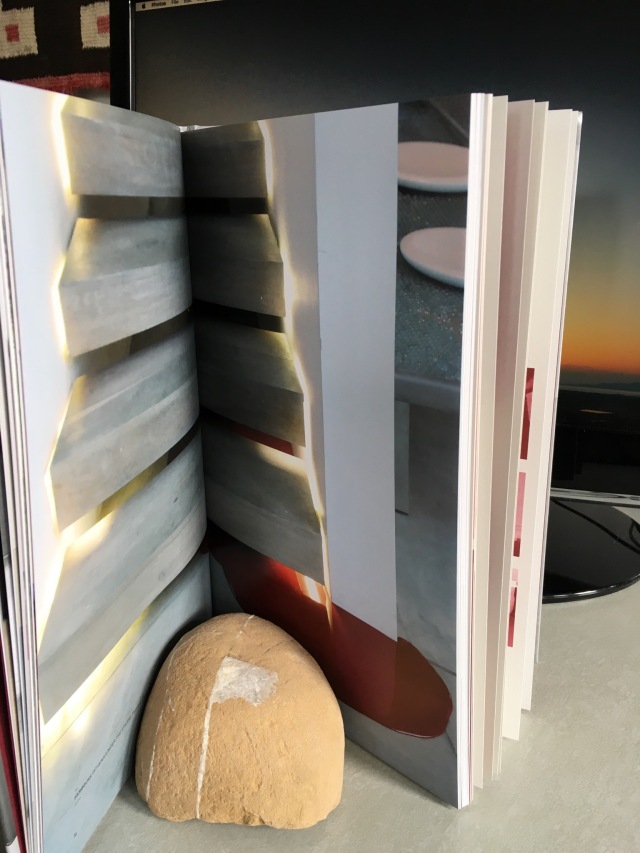 I wrote an essay about the work that is included in the catalogue. It begins with an assessment of the work called Ruby, Colorpour, owned privately (note the paintings by Gerhard Richter and Julije Knifer on the wall to the left): 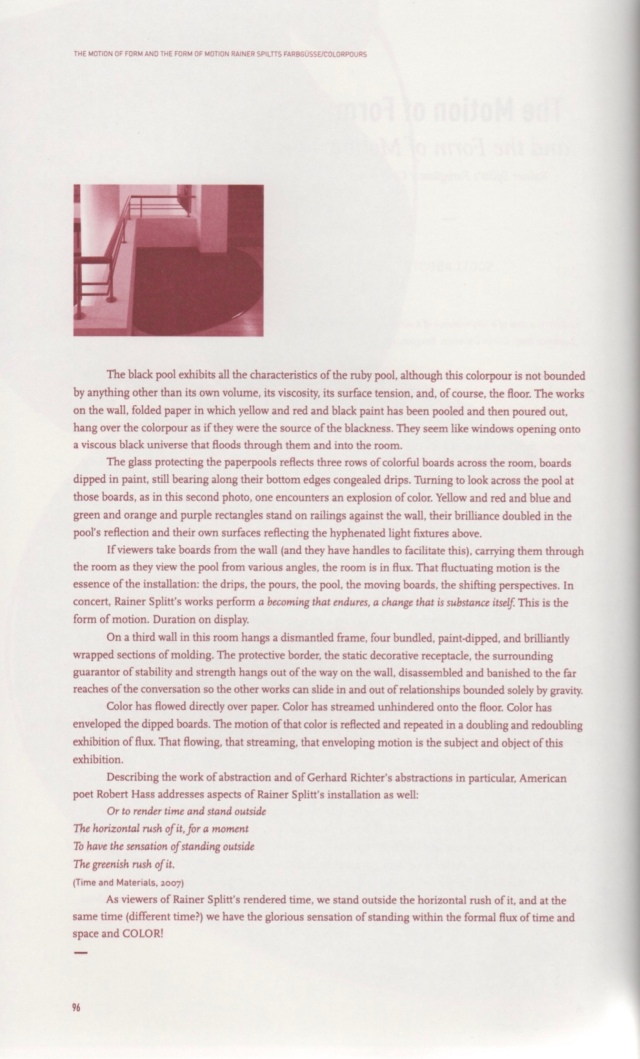 I received my Ph.D. in German Literature from Princeton University in 1979. Then I taught at Vanderbilt University, BYU, and Utah Valley State College. At Utah Valley University, I directed the Program in Integrated Studies for its initial 13 years and was also Chair of the Department of Humanities and Philosophy for three years. My publications include a book on Freemasonry and the German Novel, two co-authored books with Zarko Radakovic (REPETITIONS and VAMPIRES & A REASONABLE DICTIONARY, published in Serbo-Croatian in Belgrade and in English with Punctum Books), a book with Sam Rushforth (WILD RIDES AND WILDFLOWERS, Torrey House Press), a "fraternal meditation" called IMMORTAL FOR QUITE SOME TIME (University of Utah Press), and translations of three books by Austrian author Peter Handke, of an exhibition catalogue called "The German Army and Genocide," and, with Dan Fairbanks, of Gregor Mendel's important paper on hybridity in peas. More famously, my children are in the process of creating good lives for themselves: as a model and dance/yoga studio manager, as a teacher of Chinese language, as an ecologist and science writer, as a jazz musician, as a parole officer, as a contractor, as a seasonal worker (Alaska and Park City, Utah), and as parents. I share my life with UVU historian Lyn Bennett, with whom I have written a cultural history of barbed wire -- THE PERFECT FENCE (Texas A&M University Press). Some publications at http://works.bepress.com/scott_abbott/
View all posts by Scott Abbott →
This entry was posted in Uncategorized and tagged duration, exhibition catalogue, Julije Knifer, Pourings, Rainer Splitt. Bookmark the permalink.