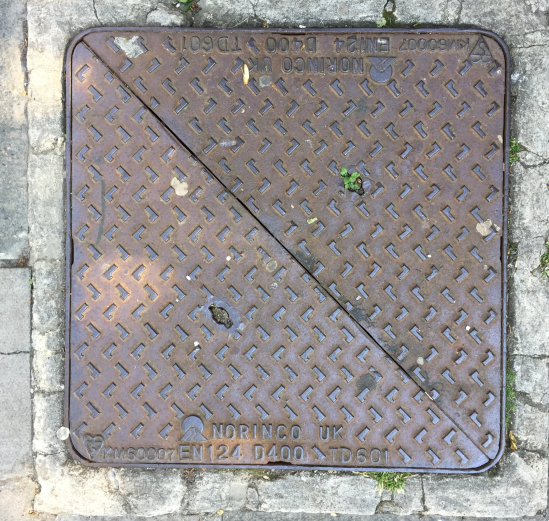 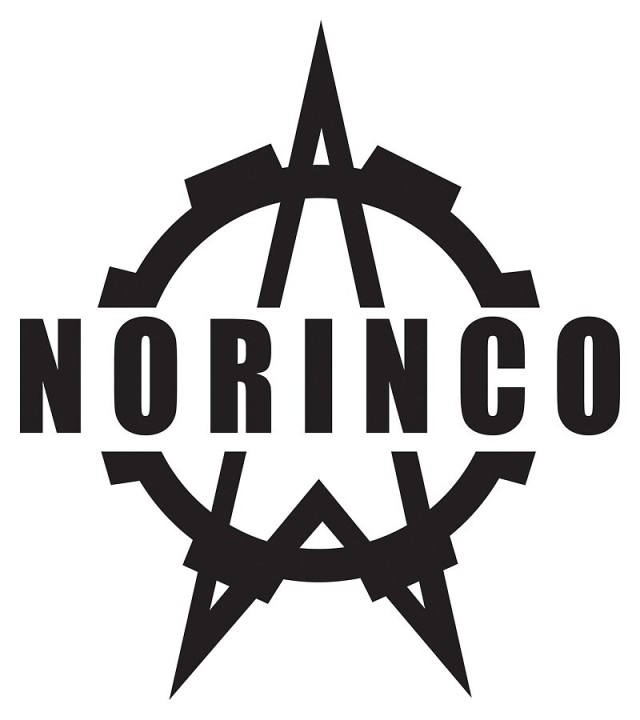 The narrator of Handke’s novel The Fruit Thief is walking through the city when he encounters familiar cast-iron covers for cables and pipes. They are made by a company called NORINCO, whatever that means, he wonders, a company that seems to have a monopoly on all such covers. That kind of repetition can make one tired, he thinks, and then considers the Norinco covers further:

Most of the thick heavy covers had worked their way out of their settings in the tar and asphalt over the years, and more recently often in the course of a few weeks. Yes, it seemed to me as if, increasingly, they were not even tightly fitted when installed. The result: As soon as a pedestrian stepped on one it clattered, cracked, crashed and the next quickly following picardian cast-iron mat again and so on along the sidewalks, streets, and squares the clattering, cracking, crashing everywhere enhanced immediately by the next pedestrians and especially by the automobiles and even more especially by trucks — a willfully incessant, wild cast-iron din exploding up from below.

If the narrator had access to the internet, he might find that the NORINCO company is a Chinese conglomerate that produces light industrial products like the resounding covers he walks over, but more importantly grenade launchers, anti-tank weapons, assault and battle rifles, autocannons, sniper rifles, and submachine guns.

A din exploding up from below.

After reading this paragraph, a reader must consider the alliterative beauty of a single sentence enhanced by the exploding irony.

I received my Ph.D. in German Literature from Princeton University in 1979. Then I taught at Vanderbilt University, BYU, and Utah Valley State College. At Utah Valley University, I directed the Program in Integrated Studies for its initial 13 years and was also Chair of the Department of Humanities and Philosophy for three years. My publications include a book on Freemasonry and the German Novel, two co-authored books with Zarko Radakovic (REPETITIONS and VAMPIRES & A REASONABLE DICTIONARY, published in Serbo-Croatian in Belgrade and in English with Punctum Books), a book with Sam Rushforth (WILD RIDES AND WILDFLOWERS, Torrey House Press), a "fraternal meditation" called IMMORTAL FOR QUITE SOME TIME (University of Utah Press), and translations of three books by Austrian author Peter Handke, of an exhibition catalogue called "The German Army and Genocide," and, with Dan Fairbanks, of Gregor Mendel's important paper on hybridity in peas. More famously, my children are in the process of creating good lives for themselves: as a model and dance/yoga studio manager, as a teacher of Chinese language, as an ecologist and science writer, as a jazz musician, as a parole officer, as a contractor, as a seasonal worker (Alaska and Park City, Utah), and as parents. I share my life with UVU historian Lyn Bennett, with whom I have written a cultural history of barbed wire -- THE PERFECT FENCE (Texas A&M University Press). Some publications at http://works.bepress.com/scott_abbott/
View all posts by Scott Abbott →
This entry was posted in Uncategorized and tagged alliteration, Norinco, Peter Handke, The Fruit Thief. Bookmark the permalink.